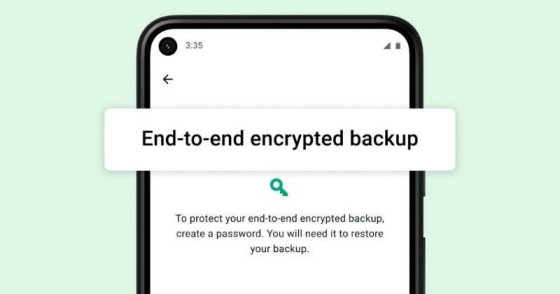 Whatsapp, the popular instant messaging service, has begun rolling out end-to-end encrypted chat backups to Android and iOS users around the world. This function will not be available to everyone right away, but it will gradually become available to all users.

Last month, the Facebook-owned firm revealed that end-to-end encrypted cloud backups will be available for both Android and iOS customers. This new function will keep the user’s backup safe from intruders. 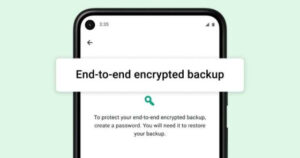 As a result, make sure you keep a password that you can easily remember or write it down somewhere. With a post on his page, Facebook CEO Mark Zuckerberg announced the feature’s launch. In a blog post, the business stated,

“You may now protect your end-to-end encrypted backup using a password or a 64-digit encryption key that only you have access to. WhatsApp and your backup service provider will not be able to read your backups or gain access to the key needed to unlock them”

How to Enable End-to-end Encryption for Whatsapp Backup?

For both Android and iOS users around the world, end-to-end encryption for cloud backups has been pushed out. Make sure you have the most recent version of Whatsapp on your smartphone to take advantage of this functionality.

If the functionality isn’t updated automatically, go to Settings >> Chats >> Chat Backups >> End-to-End encrypted backups to manually update it. Then, as directed on the screen, follow the steps. Finally, click Done and wait a few moments.

Users’ Whatsapp backups are saved on Google Drive or iCloud, meaning Apple or Google can hand them over to the government if necessary. Your Whatsapp cloud backups are now secure with a password or a 64-digit encryption key, thanks to the newest update. This password will only be known by you, thus no one else will be able to access the backups.