You’ve come to the correct place if you’re seeking the best Windows Terminal themes to improve your command line experience. We all know that terminal commands are heavily used in Unix-like operating systems like macOS and Linus distros. The Windows operating system, on the other hand, has a completely different architecture, and most tasks can be completed using the graphical user interface. Today we will talk about the Best Windows Terminal Themes & Color Schemes.

Although, by default, Windows operating systems provide Command Prompt and PowerShell, which allow users to do limited command-line activities. Microsoft, on the other hand, has recently opted to provide native support for Linux software and has introduced Windows Subsystem for Linux, or WSL. This approach prompted them to create Windows Terminal, a totally new command-line tool that includes Command Prompt, PowerShell, and all of these features.

Windows 10 users can get the all-new Windows Terminal for free from the Microsoft Store, just like any other normal program. With the release of Windows 11, we now know that future versions of the operating system will include Terminal instead of the separate Command Prompt and PowerShell legacy programs. Windows Terminal is a modern, attractive application that employs a fluid design language. It’s also very configurable thanks to color schemes and themes.

As I have stated, the all-new Terminal for Windows looks just stunning. Even better was the semi-transparent window design with a choice of text color possibilities. The Windows Terminal, on the other hand, may not be to your liking. But don’t worry; the developers have included a feature that allows users to generate their own color combinations for command lines.

Color schemes are what Microsoft refers to them as, but most people refer to them as themes. However, you can’t import a theme file directly into the Windows Terminal, which is a problem with these themes. To make things function, you must instead change the coding of a JSON file. This is a lengthy procedure, but it is well worth it if you want to achieve that elegant Linux aesthetic.

The default installation of Windows Terminal comes with a number of pre-installed color schemes. You shouldn’t limit your Terminal window to those colors because current computers can display billions of colors. The JSON codes for your preferred colors can be found on the internet. The instructions in Birds of Paradise are a brownish base hue with many complementing colors. Both the Windows Dark and Light themes work well with it. 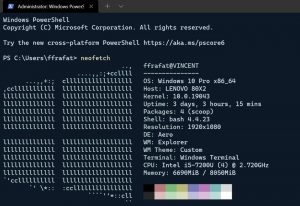 Blazer is yet another lovely Windows Terminal theme. This works with any of your Terminal profiles. It has a navy blueish background, and the font colors are wonderfully coordinated. This is a completely dark theme for the Windows Terminal, as the name implies. The default dark theme background isn’t completely black, which helps to alleviate the problem.

Most likely, the designer of this color scheme took Django too seriously! Because there is no connection between this theme and the Django framework. A greenish background will appear, with some syntactic colors that stand out. It is one of the Best Windows Terminal Themes & Color Schemes. In recent days, the Dracula color scheme for Windows Terminal has gained a lot of traction. The color palette is quite relaxing, which is ideal for your eyes if you work mostly at night. 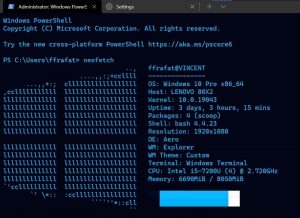 This is my personal favorite combination. HaX0R is a stylized version of a hacker, and this Windows Terminal theme has a hacking flavor to it, however, some of you might like the green version. However, I find it to be more suitable for my eyes. It is amongst the Best Windows Terminal Themes & Color Schemes. 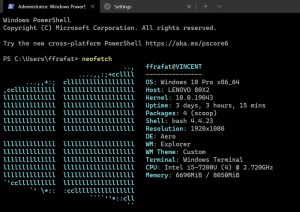 This is a dark theme for the Terminal application. The lettering is sky blue with a grey tint, while the background is pure black. This combo is one-of-a-kind, and it looks stunning on any desktop. Isn’t this a familiar theme? Yes, this is the color of the Blue Screen of Death that we frequently encounter when using Windows. Overall, it has a retro feel about it, and when combined with retro font and effects, it becomes even more appealing. 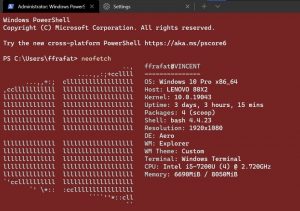 This theme, as you can see, resembles the surface of Mars. By the way, I am not joking. Despite the fact that the creator titled it Red Alert, the theme’s basic color is not red. It does, however, look lovely with the white font color. 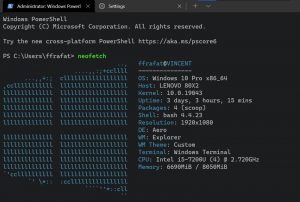 Obviously, this motif has nothing to do with the Marvel character Hulk. Nothing, however, compares to this in terms of beauty and simplicity. This is the one to choose if you want slightly muted colors. It is the last name on our list of the Best Windows Terminal Themes & Color Schemes.

Because of some powerful terminal commands and additional features, most power users gravitate toward Linux. It was critical to include a robust Terminal program now that Windows has incorporated Windows Subsystem for Linux to its operating system.

Microsoft has done an excellent job of it, with some fantastic customization options, and I am a huge fan of the Windows Terminal. Don’t forget to send us your suggestions if you want to add some names to our list of the Best Windows Terminal Themes & Color Schemes.