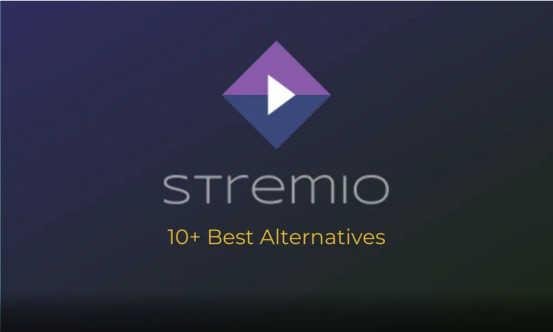 There has been a statistical increase in the number of viewers subscribing to internet streaming options as a result of the current Covid lockout. Our constraints have become an advantage for internet streaming firms such as Stremio, Amazon Prime, Netflix, and others, as the lockdown has knocked us down within the four walls of our house.

Stremio is one of the most widely used free video streaming apps. It allows you to watch your favourite movies and TV episodes on other streaming platforms. On Google Play, the Stremio app has a 4.3-star rating with 15,751 reviews and is completely legal to use.

You can organise new movies or TV episodes according to your particular preferences and set the calendar to notify you via notifications when they become available. Google Chromecast is also supported by the app. Android (5.0 and up), iOS (9.2 and up), Mac, Windows (XP and up), Linux PC, and Amazon FireStick are all supported.

Stremio Organizer, on the other hand, had a 2.2-star rating across 234 reviews in Apple’s App Store at the time of writing this article. While using the Stremio app, many iPhone users are experiencing the following issues:

If you’re having trouble with any of these concerns, Stremio alternatives can help you watch popular TV episodes and movies for free or for a nominal membership cost.

Here Are 10 Stremio Alternatives to Watch Videos, Movies, and TV shows in 2021:

In 2021, Kodi is the finest Stremio substitute. Since 2004, it has been depended upon by millions of binge-watchers and online streamers for its extremely high video quality. Kodi is a free online streaming media player that operates on Windows, iOS, Android, Linux PCs, and Raspberry Pi, and has been for years.

On your phone or PVR, you can find music, movies, images, and TV and radio shows. The award-winning software is ideally suited for digital media that can be played on home theatre PCs (HTPC). The best Stremio alternative for PC is certainly Kodi, which has a 4.2 rating on Google Play.

Plex is known for bridging the gap between your home theatre and your PC device. Plex, one of the most popular Stremio alternatives, features an appealing user-friendly interface that allows you to watch a broad variety of films, audios, and live streaming audio and video.

Plex’s library function allows you to organise your media into a flexible library. You may experience the best of live TV and DVDs, as well as your catalogue of web series, news, and podcasts, by using its superior streaming service.

Plex has a 4.1-star rating on Google Play and Roku, as well as a 4.7-star rating in the app store. You can register a free account and then upgrade to one of the subscription-based plans to receive a Plex Pass.

LeonFlix, a multiplatform application that allows you to stream videos and connect to mp4 Torrent via the Magnet link, is one of the FREE Stremio alternatives for Windows, Mac, and Linux. However, LeonFlix was not accessible for Android devices at the time of writing this article. You may binge-watch and copy URLs, as well as access multiprotocol such as torrent links, with an ad-free experience in the LeonFlix dashboard.

If you start using the Stremio alternative, you will not be bored because it contains a large collection of the most recent TV series and movies. LeonFlix, on the other hand, is now in beta. As a result, you may encounter certain issues, which you may report on their official Reddit community page or Discord server page.

MediaPortal, an open-source software that turns your Home Theatre PC (HTPC) into a full media center, is one of the trustworthy Stremio options for FireStick. Simply use the remote to access a library of popular music and videos, as well as to watch DVDs and listen to the radio. You have a breakthrough media control edge at your fingertips with the ability to turn your PC or HTPC.

MediaPortal is a better alternative to Stremio, featuring a more user-friendly navigation interface. View sports, local channels, download online TV, Apple Trailers, YouTube videos, weather, or record like a TiVo all from the comfort of your own home, on your LCD, smart TV, or projector, for example. The MediaPortal (aka MPTvScheduler) app has a 4.4-star rating on Google Play, and you can use it on a Windows PC by installing the software.

Nonetheless, in 2021, Disney+ is one of the most trusted Stremio alternatives. Start viewing timeless classics, the latest Disney, Marvel, Pixar, and Star Wars films, as well as a variety of Hulu and ESPN+ original series. Disney+ has been among the top ten apps on Google Play with a 4.2 rating (people’s selections have spread like wildfire).

Disney+, a video-on-demand service for Firestick, Android, PC, and other devices, is a Stremio rival. There are no extra charges for downloading on up to ten devices, and you can view on up to four displays at the same time.

The most popular Stremio alternatives that come to mind are Netflix and Hulu. It is well-known for watching movies, a variety of genres, and the DVD rental-by-mail service, as it is one of the world’s largest subscription services.

Subscribe to this finest Stremio alternative by creating a personal account, logging in, and paying for your preferred plan-annual or monthly subscription-and binge-watch your favourite episodes on your phone, smart TV, game console, tablet, Mac, PC, and other devices.

Hulu is a well-known alternative to Stremio that specialises in streaming movies and TV shows of all genres. The best part is that you can try its premium services for free for 30 days. You can stream anything from your phone, TV, and other smart devices that run Android, iOS, Windows, Chrome, and other OS compatibilities, including movies, TV shows, web series, sports, and news.

One of the most noticeable distinctions between Netflix and Hulu is the latter’s limited market availability, which is limited to the United States. Unlike Netflix, this Stremio option is compatible with Fire TV, Roku, and Nintendo Switch.

In 2021, Prime Video is a prominent Stremio alternative. With no advertisements, you can watch the most popular shows and movies. It also features a large library of animated shows for your children. Furthermore, you will be able to watch 1080p videos on numerous platforms at the same time. Furthermore, you may watch videos even if your internet connection is slow.

This Stremio alternative offers a 30-day free trial and a $12.99/month membership that may be cancelled at any time. To take advantage of the free trial, you must use your credit card as the payment option. Before charging your card, Amazon will give you a couple of emails before the trial finishes, giving you the option to cancel or continue with the premium plan.

WebTorrent is an open-source, WebRTC (Web Real-time Communication) based Stremio replacement that runs on Mac, Windows, Linux, and DNS servers and is a web-based, multiplayer media streaming platform. Without downloading the file, you can instantly watch videos, music, and audiobooks from the Internet Archive, Creative Commons, and Librivox.

Stremio is a peer-to-peer YouTube competitor in which users can host the site’s content. There are no plugins, instals, or extensions required. Begin viewing your favourite episodes and movies for free and without interruption.

Emby is a new online personal streaming software that allows you to view all of your movies, shows, audios, and images in one place. You can use your device to log into your account, view your library, manage your DVR, or watch live TV. Another notable feature is Parental Control, which allows you to restrict access to your children. It is one of the top alternatives to Stremio with extensive features, according to Google Play ratings.

If you’re looking for a free alternative to Stremio, try Kodi, WebTorrent Desktop, or LeonFlix. Otherwise, premium platforms such as Netflix, Prime Video, Disney+, Hulu, and others are available. Now you may start watching your favourite TV series and movies with your loved ones at home by selecting the best video streaming platform. These Stremio alternatives work well on PCs, mobile devices, tablets, and televisions.
Enjoy your binge-watching sessions.

The Best Portable Solar Chargers of 2021