This article will begin with the Best Rooting Apps to Root Android without PC/Computer that is truly flawless when it comes to rooting various brands of Android smartphones and tablets.

You don’t need much technical knowledge to utilize these root applications apk, believe me. It’s as easy as following the instructions below on “how to root without a computer.”

How to Root any Android Phone Without Using a Computer

The Best Rooting Apps without PC (apk) for rooting Android phones, tablets, and PDAs are listed below (s). They were arranged in such a manner that they address the questions about the best root android apk, root tablet apps, how to manually root an Android phone, and/or how to root Android 4.4.2, 6.0.1, and other versions of Android without a computer.

Remember to use the navigation buttons at the bottom of this page to obtain future updates on the best root apps, as well as other useful information on root apk files and rooting methods.

When it comes to rooting with or without a computer, I usually go with iRoot apk (previously vroot apk). I’ve had great luck with it on various phone brands, including Tecno, Samsung, Gionee, Itel, Infinix, Sony, Mercury, Xiaomi, and others.

For this rooting software to work, there aren’t many choices or configurations required. It simply allows you to root your Android device without the use of a computer.

Kingoapp is my second option for rooting without a computer because it works just as well as the iRoot apk. It is widely used and compatible with a wide range of Android phones and tablets.

The Kingoapp’s exploits have been greatly improved, allowing it to root even newer devices. Personally, I’ve used it to root Android marshmallow devices, and it works best on devices that have internet connectivity. It is one of the Best Rooting Apps to Root Android without a PC. 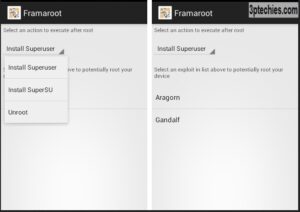 Framaroot is yet another useful app for rooting Android phones and devices without the use of a computer; it supports a wide range of devices and has been shown to root MTK devices.

Rooting with framaroot apk is a little more technical than rooting with iRoot and kingoapp. However, it is relatively simple to use and is updated more frequently than competing root applications that do not require a PC.

We’ll have a longer lesson for the framaroot apk because it employs different exploits based on the processor kind, device type, and device technology. To root any Android phone or device without the use of a computer using the framaroot app. 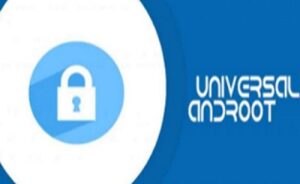 For your convenience, a list of Android devices that can be rooted using the universal androot apk is provided below. It’s worth noting that this fantastic tool can root a variety of devices. 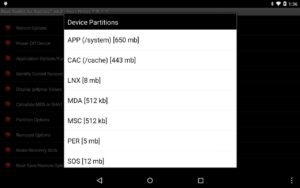 WeakSauce is the greatest solution for rooting HTC One M8 and related HTC devices, as opposed to the easy rooting toolkit, which works on a wide range of devices.

We’ve used both on several occasions and can confidently say that they’re useful root without pc apps to try on Android phones. You may get the quick rooting toolkit and WeakSauce from these links.

Towel root apk is a one-of-a-kind rooting app for Android that does not require a PC. We tested it with a few android phones and can recommend it as a good apk to root android devices without a computer.

Baidu-Root apk is unique in that it can root a wide range of Android handsets, including some of the most recent models running Android KitKat and above.

You can get BaiduRoot apk from http://baiduroot.net and complete the rooting of your device with the Baidu root apk by following the previous tutorial. It is one of the Best Rooting Apps to Root Android without a PC. 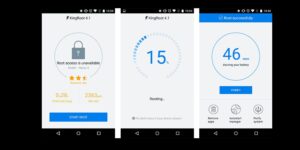 KingRoot is the most recent addition to our list of the best rooting apps for Android smartphones. We’ve already put this software through its paces and can confirm that it works with a wide range of Android phones and tablets.

It’s also compatible with MTK-based devices. With the KingRoot app, you can quickly root Xiaomi, Lenovo, Infinix, Tecno, Gionee, Injoo, iTel, and a wide range of Samsung phones and gadgets.

It’s free and may be downloaded using your PC or phone’s default web browser from http://kingroot.net. The latest version of the KingRoot APK, version 4.8.0, now allows you to root Android 5.1 Lollipop phones and tablets. 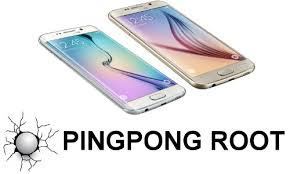 Because of the numerous complaints from users of Samsung Galaxy S6 and S6 Edge smartphones, we decided to include Ping Pong root apk.

CF-Auto-Root is another Samsung-specific rooting app that makes it simple to root Samsung smartphones. The best aspect about CF Auto root is that it works with HTC, Google Nexus, Sony, and most high-end Qualcomm (CPU) devices.

Chainfire develops, maintains, and distributes CF Auto root, which may be used to root Android without a computer.

They are paid tools that do not come for free, even though they are good for rooting Android phones and devices. Iskysoft’s rooting tool’s trial version is far too limited for any meaningful rooting exploit. 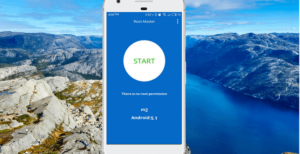 The best app for beginners is Root Master. Because of its simple user interface, it won my heart. The software is free of bloatware and advertisements, and it is basic and straightforward to use.

Root Master is the most hygienic rooting app available. Three shortcuts are available in the navigation menu (Share, Feedback, About).

A large Start button in the center of the program is surrounded by a circle. To root our Android without a computer, we should press the Start button.

So, I put the software to the test and found no major flaws. Root Master is a simple and effective rooting program that I would suggest to anyone.

You’ve seen our list of the Best Rooting Apps for Android phones and tablets that don’t require a computer. I’d like to remind you that you may use Google to find APK files for rooting your device model by typing “root apk name + device model + download” into the search box.

This is where we’ll stop for the time being; we’ll keep updating this list when new and improved apps become available. Please share your suggestions, issues, and/or rooting experience in the comments section below.

Don’t forget to tell your friends about this if they need help rooting their Android phone or device without using a computer.