The Best Portable Wi-Fi Extenders for Travel in 2021

That’s fantastic news! Free Wi-Fi is available throughout the hotel! It’s bad news!
If you hang your laptop out the window and hold your tongue in just the proper position, you’ll receive one bar of signal in your room. Who, after all, enjoys waiting twenty minutes for Facebook to load?

For years, we’ve used Wi-Fi range extenders, sometimes known as Wi-Fi boosters. They’re a simple way to access faster internet while travelling or connect to networks that your laptop or phone wouldn’t normally be able to see. Many are small enough to fit in your pocket, and they can mean the difference between having useable Wi-Fi and having to deal with constant annoyance.

There are solutions for every type of traveller, whether you just need speedier Wi-Fi on your laptop to get some work done or you have multiple devices that need to connect to the router down the hall. We’ve also got you covered if you’re travelling in an RV or campervan and need a solution to improve the Wi-Fi at campgrounds and RV parks. There are two sorts of Wi-Fi boosters: those that hook into a laptop through USB and those that are stand-alone devices.

This type of range extender connects to a laptop and improves the connection solely for that device. However, if you’re using Windows, you may use a programme called Connectify Hotspot to share your improved connection with other devices. Almost all of the models we’ve found still use the older USB-A connector.

You’ll also need an adapter like this if your laptop only has USB-C ports.
Welcome to the world of dongles. This form of booster is often much smaller than standalone models, but even so, there’s a trade-off between the size of the device and the Wi-Fi range you can expect from it. All of them will improve your connection, but in general, the larger the antenna, the better the signal.

Do you just need a little USB Wi-Fi extension that works effectively and isn’t too expensive? Take a look at the Panda PAU07. We’ve been recommending the PAU06 for years, and although it’s still a solid base option (and even cheaper), it’s starting to show its age. This update has a lot of bonuses, so it’s our top recommendation for folks on a budget.

It’s one of the few affordable devices that supports both older 2.4GHz and newer 5GHz networks, with speeds up to 300Mbps. Both are supported by modern routers, and switching to a 5Ghz connection is typically the best way to avoid Wi-Fi congestion and interference, which is a serious problem in congested areas. 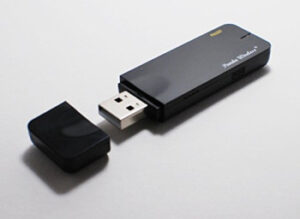 It’s simple to install and use on most modern Windows and Linux versions (as well as MacOS 10.10 and earlier). It’s a decent compromise for travellers between the bulky adapters with separate aerials and the compact versions that barely protrude from the USB port but have limited range.

When transferring significant amounts of data, the PAU07 can get fairly warm, and it, like any other USB-powered device, has a minor but noticeable impact on laptop battery life. Overall, it’s one of those handy little gadgets that accomplishes exactly what you’d expect at a reasonable price.

If you’re travelling light or plan to use your range extender frequently, look for one that can be plugged into your laptop. Several businesses provide stubby Wi-Fi boosters like this, but the OURLINK AC 600 comes with a few extra capabilities at a low price. With support for 2.4 and 5GHz networks on a variety of Windows, Mac OS, and Linux versions, it outperforms several more expensive USB range extenders. 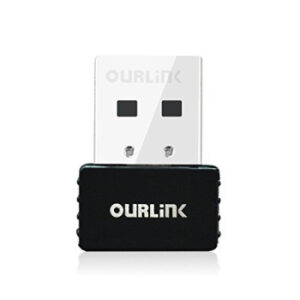 Of course, the size is the key selling point, as it just protrudes a few centimetres beyond the laptop’s edge and can be permanently linked. It’s so small, in fact, that we recommend leaving it plugged in; otherwise, it’d be quite easy to lose. The only reason this booster didn’t make our top pick is that it lacks the range of larger models due to its compact size. It’s noticeably better than your laptop’s Wi-Fi card, but you’ll still have issues with weak connections from time to time.

Pick up this ANEWKODI model if you want a booster that greatly expands your Wi-Fi range without taking up a lot of space in your bag. The 5dBi antenna ensures a strong, dependable signal, and you’ll be able to connect to networks that your laptop’s integrated card can’t even see. The aerial is lightweight and may be detachable for easy travel, despite its length. 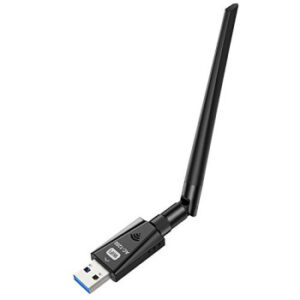 Multi-device boosters, as the name implies, strengthen the connection before sharing it with any Wi-Fi-enabled devices you’re travelling with. They work in a variety of methods, but most have a browser-based admin part where you can select from all the networks the device can see and provide login information.

The device then rebroadcasts that network, either with the same name or a different one you specify, and you connect your other devices to it. It’s a rather simple procedure, especially once you’ve done it a few of times.

These boosters require their own power source because they are not connected to a laptop. Some have an internal battery, while others hook into a 12v accessory socket or the wall. They’re larger and heavier than the laptop-based models above, but they come with additional functionality and versatility.

To justify its presence in your bag, a device must be more useful as it grows in size and weight. The RAVPower FileHub is one of the most useful peripherals we’ve used in recent years, and it checks a lot of boxes for travellers. You have a few options for increasing your Wi-Fi signal, the most beneficial of which is bridge mode. 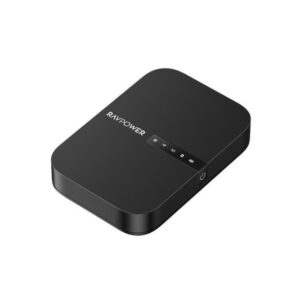 This technique rebroadcasts an existing 2.4GHz network with a stronger signal under a different name. Then all you have to do is link your devices to the new network and you’re ready to go. You can also connect the FileHub to a network and use it as a Wi-Fi hotspot, which is useful in older hotel rooms or those that charge for Wi-Fi but allow you to use wired internet for free (weirdly, this still exists in some locations).

Its range is limited by the lack of an external antenna, however this is offset by the 6700mAh battery inside. You may position it anywhere receives the best reception, whether that’s beside the door, on the balcony, or halfway down the hallway, because it doesn’t need to be linked to a power source to work.

If you’re on the go, the FileHub may be used as a portable battery for your phone or other devices, however it only offers a 2.5W output. It also offers a variety of other functions, such as serving as a media server and backing up SD cards. The RAVPower Filehub has been thoroughly reviewed, but suffice it to say that it is a dependable and incredibly helpful travel device.

If you don’t require a multifunction device or simply want more range than the Hootoo can offer, the Netgear EX6120 is a better option. The firm makes a few similar models, but for most travellers, the EX6120 delivers the ideal combination of price and features. Although it isn’t the smallest range extender available, its size and weight are suitable for all but the most minimalist travellers. 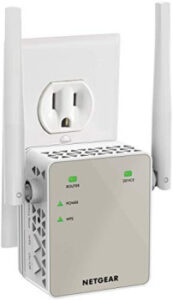 The EX6120 has a built-in North American plug that plugs into a wall socket (via a travel adapter if you need one.) You’ll get considerably better range than most other travel-sized Wi-Fi boosters thanks to a pair of fold-up antennas, and there’s dual-band compatibility (2.4 and 5GHz) to assist avoid congested airwaves.

You have the option of sharing the existing Wi-Fi network with its current name or a new one, whichever you wish. You can attach a wired network cable and share it wirelessly if needed, just like the HooToo, and the AC750 works with almost any laptop, phone, or other Wi-Fi-enabled device you’re likely to travel with.

When you travel in an RV or campervan, you have a different Wi-Fi situation than other people. You’re not constrained by the size and weight of your devices, but you may find yourself hundreds of feet away from the nearest router, with trees, buildings, and other cars in the way. Range and dependability are critical, which is where the Alfa Camp Kit 2 comes in.

Alfa has made good long-range Wi-Fi extenders for years, and many RV owners have come up with inventive ways to use the company’s products. It’s now available as a single kit with all of the necessary components, allowing you to set up long-range Wi-Fi for all of your devices in a matter of minutes. An Asus R36A Wi-Fi repeater, a Tube-U(N) receiver, a weatherproof 9dBi aerial, and the necessary wiring are included in the kit. 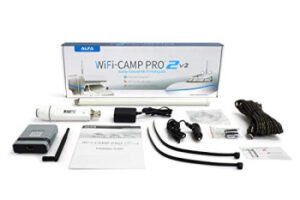 It comes with a couple of cable ties for installing the aerial, however you might want to use suction cups or something similar to make attaching and extracting the antenna easier when changing places. Customers have reported being able to connect to networks 400 feet away with this configuration, which is powered by a conventional 12v accessory plug.

It functions similarly to other multi-device repeaters in that it boosts the existing signal and rebroadcasts it under a new network name. This is a good budget choice for getting significantly better Wi-Fi range in RV parks and campgrounds without putting in a lot of work. It’s reasonably priced and simple to operate.