The Microsoft Store and its programmes will almost certainly come into contact with you at some point over the life of your PC, whether you love it, loathe it, or use a Windows shell alternative to avoid it totally. Here,

What Are Microsoft Store Apps?

The Microsoft Shop was originally known as the Windows Store and served as an app store for Universal Windows Platform programmes on Windows 8. In Windows 10, Microsoft (MS) rebranded and integrated all of its various stores and distribution systems into a single app.

Unlike many other third-party applications available on the web, Microsoft Store apps have been reviewed for safety and compliance. The tablet-like interfaces that many of these apps bring to the desktop, however, aren’t for everyone.

One of the finest examples is Skype, which, if you’re anything like me, prefers the smaller, independent desktop version over the Microsoft Store app. As a result, let’s look at how to delete any Microsoft Store software.

Microsoft Store programmes can be uninstalled in two ways. The first is through Windows Settings.

1. To open Settings, press the Windows + I key combination. 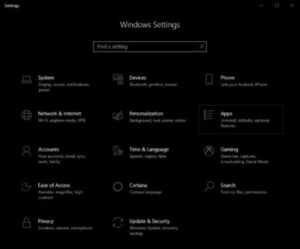 2. From this screen, select the Apps tile. If you scroll down, you’ll see a page with a big list of all the programmes installed on your computer. There’s also a search field that lets you quickly filter and find the programme you’re looking for. 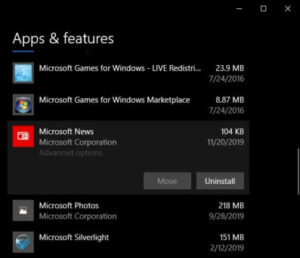 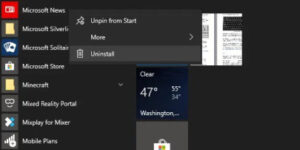 The simplest and most natural way to uninstall Microsoft Store apps in Windows 8 or Windows 10 is via the Start menu. It only takes a few mouse clicks to get started. Simply enter your Start menu, scroll down the list of installed apps, and find the Microsoft Store app you no longer wish to see.

Then pick Uninstall from the context menu and you’ll never have to deal with it again. Uninstall buttons are missing from several applications, such as Microsoft Edge.
This type of programme is considered important by Windows and is not readily uninstalled. Other programmes’ functioning may be affected as a result.

Uninstalling Microsoft Store programmes from within Windows Explorer is easiest with third-party tools. It’s crucial to note, however, that this isn’t always a safe alternative, and we don’t encourage it until you’re entirely out of options.

TheWindowsClub’s 10AppManager for Windows 10 is one of the best solutions. In Windows 10, you may delete and reinstall preinstalled applications here.

It should be noted, however, that this programme may be updated, modified, or patched in a way that has unforeseen repercussions at any point after this document is published. Other freeware programmes, such as CCleaner, can also be used to remove Microsoft Store apps.

Uninstalling Microsoft Store apps is simple and can be done safely completely within the Windows UI, whether they came preloaded with Windows or were installed by you. You may delete any programme you desire in a matter of seconds by following the instructions above.

Have you come up with any other ideas for getting rid of Microsoft Store Apps? Do you want to tell us what you think or receive some help? Please leave a remark in the box below!