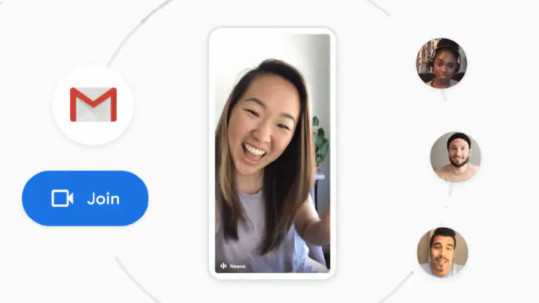 Google’s Gmail app is getting a huge update with the addition of the ability to make voice and video chats. From the Gmail mobile or web apps, all users will be able to make calls using Google Meet.

The change is part of a push to add more Workspace capabilities to the Google suite of products. First and foremost, the feature will only be available in the Gmail app, not Google Meet. Meet, on the other hand, will be able to make VoIP calls in the future.

Among the other changes, the most significant is a new Gmail app that will serve as more than just an email client. Gmail voice and video chats will be made using Meet in the Gmail app.

Other features include interaction with the latest Workspace technologies in the Gmail app, which will include three tabs for Chat, Spaces, and Meet. Users will be able to make one-on-one calls without having to create a meeting link thanks to the calling feature.

“Our goal is to bring Meet calling to all the logical endpoints in Workspace where you’d initiate an ad-hoc call, such as chats, persons cards, and Spaces, but we’ll start with one-on-one conversations in the Gmail mobile app.”

Gmail is being built as a primary portal for all work-related apps, according to reports.
The programme now lets users to conduct personal and group conversations, video conferences, and calls in addition to sending and receiving emails.

There is an option to start or join a virtual meeting in Gmail’s Meet tab. Making calls will be introduced to the same tab in the near future. You can make personal audio and video conversations to a single contact from the app once it’s online, just like Skype or Google Duo.

The feature for making calls is now available for enterprise users, and regular users will be getting the update soon.

How to Setup & Enable Active Hours in Windows 11