by Samuel
in Cryptocurrency 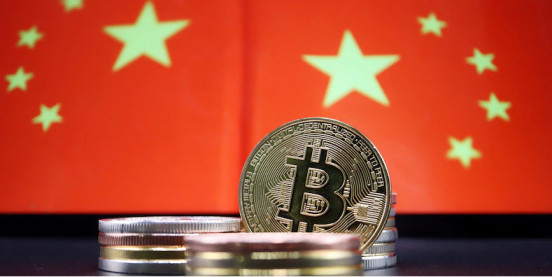 The Chinese Central Bank has declared that all cryptocurrency-based financial transactions are banned. This action demonstrates that the use of cryptocurrencies in China will be damaged.

The world’s largest cryptocurrency market is in China. However, because it was distrustful about bitcoin, the country officially outlawed trading in 2019.

Transactions Done via Cryptocurrencies are now Illegal in China

The Bank of China released a notification on Friday claiming that bitcoin, ethereum, and other digital currencies disrupted the money-laundering banking system.

“Virtual currency derivative transactions are all illegal financial activities and are strictly prohibited.”

As soon as the announcement was made, the price of bitcoin fell more than 8% immediately and dropped to $41,000.

In an online statement on Friday, the People’s Bank of China said,

“Virtual currency-related economic activity are prohibited financial activities,” according to the report. According to the law, the perpetrators would be examined for criminal liability.”

The warning prohibits any financial activity using cryptocurrencies, including cryptocurrency trading, token sales, and transfers. Chinese banks have prohibited the use of cryptocurrencies such as bitcoin since 2013. The People’s Bank of China is now working on an electronic version of the yuan that will allow Beijing to track cashless transactions.

China sent a notification to all banks and payment organisations in May, stating that they are not permitted to provide any services to clients who utilise cryptocurrency. It indicates that bitcoin mining and trading may continue, or that the state-run financial system may be jeopardised.

The bank claimed that trading Bitcoin and other currencies has become so popular in recent years that it has upset the economic and financial order. Money laundering, unlawful fund-raising, fraud, pyramid schemes, and other criminal acts have all resulted from it.

Investors and analysts around the world have kept an eye on the news of banning cryptocurrency transactions.