by ahmed bajwa
in HOW TO, INTERNET 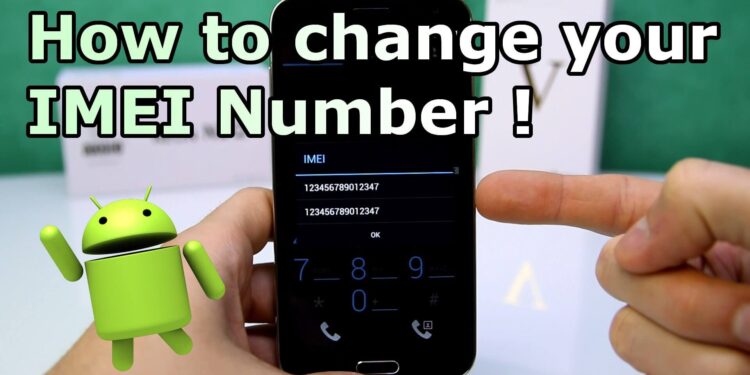 Every smartphone comes with an IMEI (International Mobile Equipment Identity) code that ranges from 15 to 17 digits. The service providers use this one-of-a-kind code to identify legitimate mobile devices separately. Every smartphone user is advised to write down their unique IMEI code as soon as they acquire their device. This number can be used to locate a smartphone that has been stolen or lost. In reality, hackers can use this code to track your device. As a result, knowing how to edit and change IMEI code to avoid such complications is occasionally important. If you’re seeking something similar, I’m confident that this post will provide you with the best advice and information.

But first, let me explain the advantages and disadvantages of changing an IMEI number. After then, you can determine whether or not to continue with the approaches.

Now, go to your phone’s Play Store and download the Mobile Uncle Tools app, as you’ll need it to change the IMEI number of your Android handset.

Enable USB debugging on your phone as well. To do so, go to your phone’s Settings and select the About screen from the drop-down menu. Then find the Build number and press it eight times. The Developers Options will be enabled as a result of this. 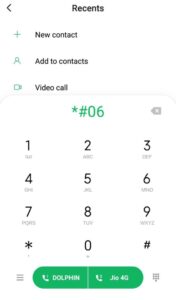 Now go to Developers Options and find and enable the USB debugging option. Now that you’ve enabled it, you can successfully change your phone’s IMEI code.

How to Change an Android Device’s IMEI Number Without Rooting?

Now I’ll show you three methods for changing an Android phone’s IMEI code without rooting it.

Note that you can change the IMEI code on any Blackberry smartphone.

This approach entails deleting all multimedia data from your Android phone, including photographs, movies, and other files. So, before you apply this procedure, make a backup of all your media files and other important things.

Then proceed as follows:

2: Locate and select the Backup and Reset option.

3: The Factory Data Reset option will appear on the next screen. So, go for it.

This method involves utilizing apps like Mobile Uncle or MTK Engineer, or any other comparable app, to change the IMEI code of your Android phone. You can use any of the following devices to test this method:

Note that changing the device’s identity code does not necessitate rooting your Android device.

Let’s take a look at the steps:

If the code was created recently, it suggests that the technique was successful.

How to Change IMEI Number on an Android Device After Rooting?

Let’s first define rooting before moving on to the way of changing the IMEI code on an Android handset via rooting. Then I’ll go over some of the most popular rooting programs. Finally, I’ll demonstrate how to alter the IMEI on an Android phone by rooting it. So stick with me…

What exactly is rooting?

Rooting an Android device (tablet or phone) is similar to jailbreaking an iPhone in that it allows you to access the device’s subsystems. Once you’ve rooted your Android phone, you’ll have full access to the operating system, allowing you to customize practically everything about it. Not only that, but you may also bypass any constraints or permissions imposed by the device’s manufacturer.

Rooting is a great tactic to use, but it should be done with caution. Before you “flash,” which is a rooting term for a modified Android version, you should back up your device’s software (custom ROM).

Note: While Android rooting is the most effective method for gaining absolute control over your phone and unlocking a world of undiscovered possibilities, it is best to proceed with caution. Furthermore, manufacturers and vendors frequently advise against rooting because it poses a serious security risk to your device. As you are now aware, rooting is not without risk, and if something goes wrong, your device’s warranty may be voided, leaving you with a broken tablet or smartphone.

What is the procedure for rooting an Android device?

There are a number of apps available on the Play Store that allow you to root your device without the use of a computer. Root Master and Framaroot, according to the XDA Developers forum, are two of the most popular root methods. Furthermore, both are simple to use for newcomers. As a result, I chose these two rooting programs to explain how to root an Android device.

Despite the fact that Root Master hasn’t been updated since 2017, it’s still worth a go. So, if you’ve already decided to go with this option, simply follow the instructions below:

1: Get the APK file and install it. Then, to complete the installation, go to Android Security settings and tap on the Unknown Sources option.

2: Open the software and press the Start button. The app will tell you whether or not your mobile device is compatible with it. If not, you should attempt the second option, which I will cover briefly below. You can also attempt any other similar apps from the Play Store’s list of other Android device rooting apps. Otherwise, if the app is compatible, proceed to the next stage, and Roost Master will start rooting your phone.

It’s important to keep in mind that this procedure could take several minutes. So, while the rooting program is running, try not to use the phone for anything else.

3: Reboot your phone after the Success notification appears on the screen, and that’s it!

Framaroot is a new company on the market that offers one-click rooting services. With its simple one-click “root” option, it aims to make the entire rooting procedure easier for everyone. However, you may have to jump through a few hoops to get the rooting process started.

1: Open the APK file and execute it. To do so, go to Android Security settings and tap the Unknown Sources button to complete the installation.

2: Open the app and select Root from the menu. If your phone is compatible with the app, it will begin rooting it.

That’s all there is to it; you’re ready to start altering your IMEI code!

Now that you’ve rooted your Android phone, it’s time to go on to change your phone’s IMEI number.

You’ll learn how to replace the IMEI number on your Android phone without having to buy a new one in the approach below. However, you’ll also need to download the following apps first:

2: Then dial *#06# from your phone’s dial pad. This will provide you with your phone’s IMEI code. Make a note of the code somewhere.

3: Now go to your phone’s app store and download the IMEI Changer app.

4: Next, navigate to Modules in the Xposed Installer APK. Then select IMEI Changer App from the drop-down menu.

5: Restart your phone or use the Xposed installer app to do so.

6: Open the IMEI Changer application after it has been restarted. Your device’s current code will be displayed there. To create a new code, choose the New IMEI Number checkbox and type any random or desired number into the box. Finally, tap Apply to save your changes. 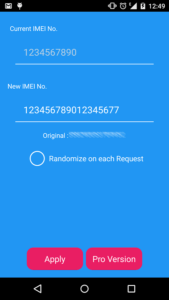 7: Restart your phone and dial *#06# to see if the IMEI code has been modified correctly.

How Do I Change My iPhone’s IMEI Number?

iOS is considered by software developers and editors to be one of the most rigid operating systems, as it does not allow users to update their apps or other software programs. Most Apple phone customers are concerned about the device’s performance if it has been jailbroken. Though there are numerous newer approaches for jailbreaking for the newest undiscovered iOS versions, they invalidate the warranty of any more expensive iDevice. In addition, in comparison to Android devices, the functionality of any mobile Apple device is severely constrained. In such cases, your only choice is to modify your phone’s IMEI code with third-party software.

If you’re not aware, your PC comes with a program called Ziphone that allows you to change the identity code of your iOS device without jailbreaking it. I’ve included instructions for using the Ziphone to change the IMEI code on your iPhone (or another iOS device).

How do I find out what my Android device’s IMEI number is?

Check below your phone’s battery for the IMEI digits of your Android handset. The phone number is also listed on the mobile box. Alternatively, you can acquire your IMEI number by dialing *#06# on the call screen.

How can you find out what an iPhone’s IMEI number is?

What is the procedure for changing the IMEI of a Samsung device?

After selecting engineer mode, scroll down the screen and select CDS Information • Next, select Radio Information

I hope the aforementioned IMEI number-changing tips and methods for iPhone and Android devices with/without rooting solve your problem. Keep an eye on my articles since I’ll be back with more relevant content soon. Please feel free to share this article with others to assist them!