Here’s a humorous fact to start our article on the Best Free Screensavers for Windows 10. Screensavers were intended to prevent phosphor burn-in on computer monitors. With the passage of time, we’ve begun to employ screen savers just for the sake of enjoying their variety and colors. While working on your computers, some screensavers can be amusing and serve as excellent stress relievers.

To promote a sense of oneness, several businesses utilize the same screen saver on all company computers. Occasionally, the company will use its logo to create these. It displays the company’s professionalism while also giving the office personnel a sense of style.

Despite this, technology has improved at a dizzying pace, and the necessity for screen savers has significantly decreased. The feature has been removed from numerous operating systems due to the emergence of energy-saving monitors. On Windows 10, they’re still working!

It’s critical to understand that downloading screensavers from the internet can put your device in danger of infection. If the publication is not authentic or well-known, there is a possibility of harmful intent. As a consequence, it is OK to download Cool Screensavers for Windows 10, but you must do so appropriately!

Let’s have a look at the list given below. 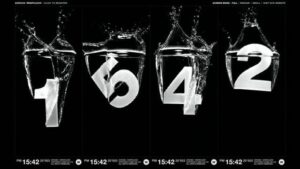 It’s a personal favorite of mine. The interface of the Dropclock 3 screensaver is amazing. It’s a strangely relaxing time-telling Windows screensaver and it’s not your normal digital watch or clock. Dropclock 3 is a screensaver with liquid Helvetic numerals and unusual slow-moving effects.

Helvetic digits descend into the water to indicate the time, with high-definition 3D visual elements that make the screensaver appear natural and enticing. If you place it on a computer with a big screen, you’ll notice how it has a big impact on everybody who looks at it. Dropclock 3 is a free download that will help you relax. It is one of the Best Free Screensavers for Windows. 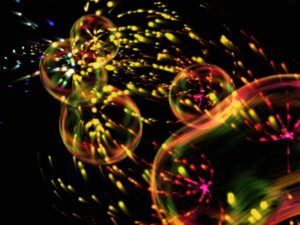 These rainbow bubbles on your screen are almost unbelievable in their beauty.  The Helios screensaver brightens your screen with its pitch-black background and vibrant neon purple bubbles. It’s a lot of fun to sit there and watch the bubbles react and bounce off one another. Helios is a well-made screensaver with a lot of customization options, such as the number of bubbles on the screen, the frame limit, and even the motion blur. It has received rave reviews from consumers, and it’s all for free! 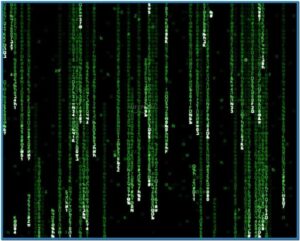 Users have been raving about the new Windows 10 screensaver. Another Matrix is an application that is only available for Windows. If you’ve seen the film The Matrix, starring Keanu Reeves, which became hugely popular in the late 1990s, you might be familiar with the concept of this screensaver.

On a pitch-black background, the screensaver depicts a green Matrix digital rain. It represents the encoded activity of virtual reality, i.e. Matrix. You can adjust and personalize the screensaver by changing the virtual green rain pace or adding words and coded messages that will gradually decode on your screen. 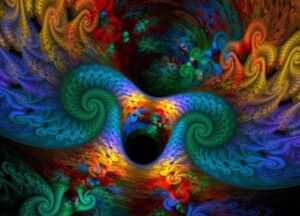 Users of Linux, Windows, and Mac OS X can download the electric sheep screensaver. It works with both laptops and desktop computers. However, I will only propose it to you if you have sufficient bandwidth and are always connected to the internet. The download time for this screensaver is significantly shorter. By clicking F2 on the official page, you may monitor the download progress. F1 can be pressed for any support or assistance.

The screensaver is a dynamic wallpaper that uses computer-generated visuals and is well worth a look. What’s more, Electric Sheep helps to prolong the life of your battery. 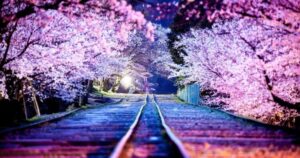 Nature-themed screensavers can be a visual feast at times. To have the finest experience, though, you must select the best ones. One of the better screensavers accessible for free download on the internet is Japan Springs. Mount Fuji, Japan’s national symbol is known for its magnificent beauty. It is a beauty standard for the Japanese. You may experience the grace and symmetry of this perfect countryside on your computer screen with the Japan Spring screensaver.

6. Astronomy Picture of the day 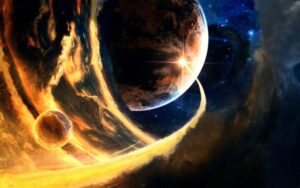 Screensavers with interesting content are difficult to come by. Astronomy and galaxy aficionados are the ones for you if you’re looking for stunning galaxy photos to adorn your computer/laptop screens.  Because Astronomy Picture Of The Day gives you mind-blowing high-definition photographs from NASA’s official website collection, I applaud the high-quality content. These visuals are hypnotic, and they provide astronomers’ brief explanations with the universal images. This screensaver is also accessible on the internet for free download! 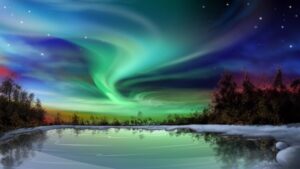 Add some magnificent northern lights to your screen saver to make it look out of this world! The Northern Light is a series of high-resolution photographs of a heavenly cosmos of beautiful lights in the night sky that range in color from pink to green to violet.

These photos come from the Norwegian Tourism Office. As a result, you may rest assured that every time this screen saver appears on your screen, you will be exposed to pure beauty. The screensaver will take up to 17.87 MB of space on your Windows or Mac laptop/computer and is completely free. It is amongst the Best Free Screensavers for Windows. 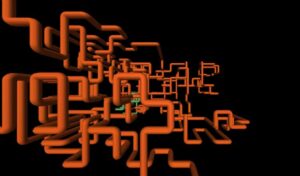 The 3D Pipes screensaver was popular in the late 1990s and early 2000s if you were a tech-savvy individual. It’s a classic when it comes to Windows computers. This 3D animated screensaver was the default screensaver on several models back in the day.

It’s much better today because these 3D pipes can now be personalized! You can change the style of the pipes and the type of joint they have from the screensaver’s options page. It will take you back in time while entertaining you! 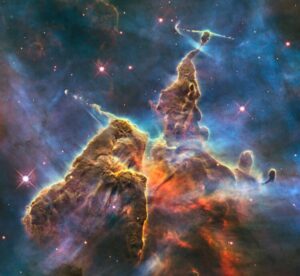 Hubble, a great space-themed screensaver, is an alternative to the above-mentioned Astronomy picture of the day screensaver. The Hubble, like Matrix, is based on the documentary film Hubble 3D, which was released in 2010 and stars Leonardo Di Caprio. It was an IMAX film with incredible special effects that the audience appreciated.

The Hubble Space Telescope, which was also featured in the film, provided the photographs for the screensaver. Hubble may be downloaded for free on both Windows and Mac systems. It will need up to 4.14 MB of storage on your device. 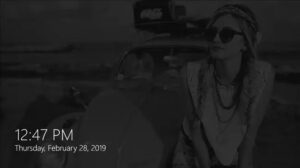 It is the last name on our list of the Best Free Screensavers for Windows 10. If you were into the screensaver game, you might have used the “Lumia Glance” on your phone. Modern Glance is one of the best free Screensavers for Windows 10, and it’s a perfect duplicate of the original Lumia Glance. The best part about Modern Glance is how simple it is to set up and how many functions it has.

Options include an appearance timer, backdrop opacity, a near glance option, a background source, and a background effect (especially for Windows 10 users). Modern Glance is definitely worth a look because it’s both free and amazing! The Microsoft Store has this screensaver available for download.

With that, I’ve concluded my list of the Best Free Screensavers for Windows 10. All of these are free and will provide you a great user experience. While all of these screensavers operate with Windows 10, some of them also function with older versions of Windows, Linux, and Mac OS. I hope you find this information to be useful.

How to Fix Headphones Jack Not Working in Windows 10