Users adore multiplayer games because it develops the sense of tough competition where everyone wants to win the game. There are hundreds of multiple games available, but not all of them are up to the mark. However, Among US is growing as the best multiplayer game that is compatible with PC and Android. But the drawback of this app is that it costs $5, but the advantage of this app is its cross-platform support, allowing PC gamers and mobile players to compete.

All the game players know that this chat comes with only a text chat feature to communicate. They have not provided any other chat option like voice chat to discuss strategies and perform better in the game arena.

List of Top 5 Best Discord Servers for Among Us

It is better to introduce Discord which is the best tool providing voice and text chat services for gamers who have no idea about this. The best thing about Discord is that it is compatible with almost all the platforms, and you can join this right now. It allows you to freely communicate with other players, has a voice chat, and addresses strategies to expose your rivals’ tactics. We will create a list of the best Discord Servers for Among US for our viewers in this article. Let’s have a look at the list given below. 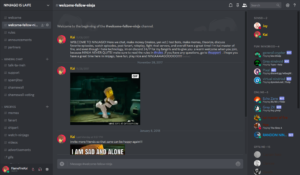 Innersloth is at the top of the best Discord servers for Among Us with more than 600,000 users, which shows its popularity. You should keep in mind that this server is the official product of  Among US developers.  The number of users suggests it is a massive community of  Among US,  so it is relevant to discuss strategies, spoilers, updates, and much more.

Using this server, you will find a group to play Among US with friends quickly. This also provides you the main feature of  Voice chat motivated by Discord, adding more pleasure to your gaming experience. However, you cant cheat using this server, as there are strict rules. If they detect any cheat or fraud, they will throw you out of the gaming arena without warning you. 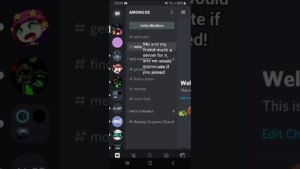 It is named before Among Us and specially designed to take your gaming experience to the next level. Among Us from Discord is undoubtedly the second largest Discord server with more than 535,000 active members, making it superior to others. What makes it different from others is its text channels and voice lobbies which are significant advantages. They classified separated channels for players from different regions, which makes creates ease for the users.

Moreover, this server comes with  180 voice lobbies, which is greater than the official server of Innersloth. However, immediately after joining the server, you have to wait for at least 10 minutes to send messages in the game. 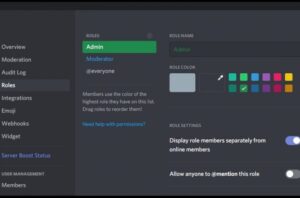 It is amongst the best discord servers Among US gamers, knows as ‘Among Us Community.’  You will get an idea from its name that it is a community of Among Us gamers with more than 223,000 users using this server. What makes it superior to others is fantastic features such as voice connections, automatic matchmaking, tournaments, and more.

Among Us, Community is famous because it hosts tournaments for players on its server regularly to add more competition and addiction. So if you want to compete with other players in tournaments and want to play with a large Community, give Among Us Community a try. 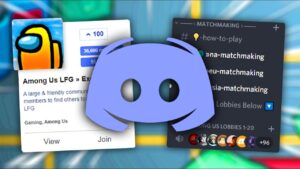 Among Us, LFG is the second last name in our list, which is a decent Discord server serving the users for many years. The LFG stands for ‘Looking for Group’ and is specially designed for Among US players who love to join other active groups regularly. If we look at the number of users on this server, the number exceeds 175,000, so you can consider adding more fun. But you have to play carefully on this server as rules are very strict, and they dont permit any virulent behavior. The moderators of this platform are active, and they can ban any user if found guilty of any offense. If you dont follow the rules and look to cheat while playing, you should skip this option. 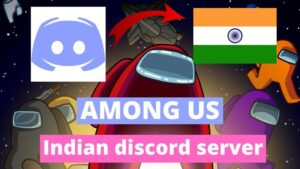 Last but not least, it is the last name in our list of best Discord Servers for Among Us. As the name suggests, Among Us India is specially designed for users residing in India and contains a native community. The number of members is more than 28,000, which are active, making it the largest Among Us community in India.

Like other servers, it allows you to lay the game with other players on the server and use so many useful features. Such features include voice chat features and much more to boost your gaming experience. Moreover, it brings some extra features for Indian users such as Music Bot, Karaoke VCs, and much more to serve them the best,

As voice chat plays a significant role in multiplayer games, we have created a list of the best Discord Servers for gamers. Many users love playing Among Us game, but they can’t properly text chat as it is sluggish and needs proper typing. Speaking is easy while playing, so these servers can enable the voice chat option whenever you want. Dont forget to send us your valuable suggestions and feedback. Until the next time. Goodbye!