People worldwide love and prefer Android because it is the center of so many valuable and free apps. They can quickly access those apps, but Android is a Linux-based operating system that is open source, and that’s why it offers thousands of apps. The range of app covers all the fields of life and contains massive entertaining stuff for its users. Not only this, there are some best apps on Android that you can use to control your PC.

It is a great idea to control your PC using your Android smartphone as you can carry your phone all the time. We have been waiting for so many years to control the PC from Android. Fortunately, Android is the platform providing apps to control your PC, just install them and handle your personal computer by local WiFi, Bluetooth, or other connections. 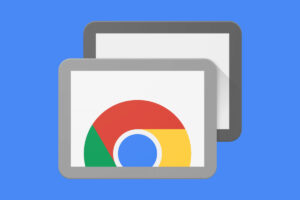 Chrome Remote Control has made life easier for those who want to control their PC through their smartphone. It is a very user-friendly and simple application which is popular for its fast speed. This app is also available for iOS users and is totally free, so you can use it without paying a single penny. If you want to control PC from your android device, just download and install the Chrome Remote Control app on your smartphone and chrome browser. Connect them, and your PC screen will be on your smartphone, navigate it as your desire. 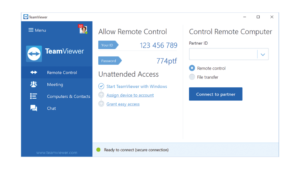 TeamViewer is one of the trustworthy and oldest remote access variants which is compatible with Windows, Android, iOS, and macOS. The best feature which makes it better than other best android apps to control PC is it doesn’t require the same WIFi connection for both devices. All you need to do is share your User ID and Password to control the remote device. 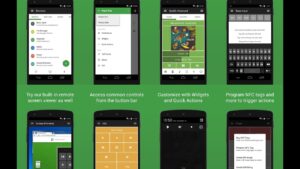 Unified Remote is one of the Android apps to manage your PC available on the Google Play Store. What makes this app great is you can even connect devices through Bluetooth if you dont have the same WiFi. After its installation, Unified Remote changes your phone into a WiFi or BlueTooth remote control for a computer or laptop. It is compatible with  Windows, Mac, and Linux computers, and it is very easy to set up the server. Overall it is a great facility for those who want to handle their PC using an Android smartphone. 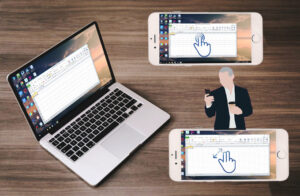 PC Remote is developed by Monect and falls in the category of best android apps to control PC via WiFi or Android. To connect your computer and smartphone, you need to install this app on both devices. Your smartphone will act as a sender, and the PC will receive signals to connect with the smartphone.  Setting up allows you to play all types of PC games, transfer files between devices, or access your PC features. It is an easy-to-use app that allows the management of a PC through your Android smartphone. 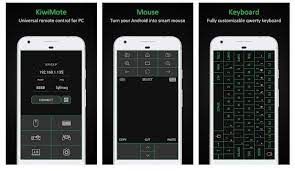 It is a typical remote application that enables people to control their PC using an Android smartphone over the same WiFi network. But it requires Java installation on your PC, and then you can use KiwiMote without any hassle. This app is highly accessible as it is compatible with platforms like Windows, Mac, and Linux computers. Thus it allows you to control Windows, Linux, and Mac computers simply through your Android device. 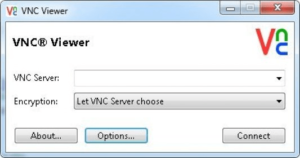 It is another one of the best Android apps to control PC from Android smartphones and provides fast remote access. The main feature of VNC Viewer is that it enables users to access their PC screen. VNC Viewer also provides its users the facilities such as backup & sync, Bluetooth keyboard, and much more. 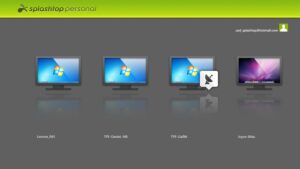 Looking for some app that can provide you quickest and simplest remote access to your device? Splashtop Personal can serve you the best. Like other apps, it enables the users to access their Windows operating computer using an Android phone. This app’s quality is remarkable, and it provides you with high resolution, real-time video and audio streaming from the PC’s webcam. Getting all this on a single platform makes it the best choice for users with the aim to control their PC through a smartphone.

ASUS is famous for its products and best remote access apps which are available on the Google Play Store. It provides you all the features that you expect from the best Android apps to control PC.  This app’s important features include a touchpad remote, keyboard remote, presentation remote, media remote,  and more. 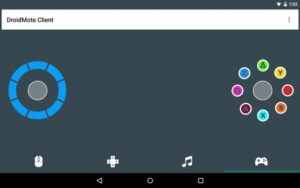 Users can use DroidMoteto to control Android, Linux, Windows, or Chrome OS using devices with just their finger’s tap. The procedure is quite simple; first, you install the server-client on the other device and then control it using DroidMote. The app is not much popular as other apps on this list but can do the basic job for you. 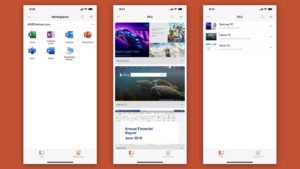 Microsoft is famous for producing useful and extraordinary apps serving millions of users around the world. Remote Desktop 8 is the final entree product in our list of best android apps to control PC. However, this app’s downside is it is not compatible with Linux or macOS, so many users are deprived of its services. Fortunately for Windows users, it works well on operating systems like Windows 10, Windows 7, Windows XP, etc. This app is not user-friendly and involves very complicated setup steps. First, you have to accept the remote connection request on your computer sent through an Android smartphone. It supports high-quality video and audio streaming improving its performance.

Now we will conclude our list of the best android apps to control PC for users trying to handle their computers through smartphones. Valuable suggestions from users are always welcomed, now choose the best app and start controlling your PC via android smartphone. We will meet again with another useful article until the next time. Goodbye.