Fortunately, in this Jio generation, where data is nearly free, we can stream anime on our Android phones while on the go. Unfortunately, the Play Store has thousands of apps, making it difficult to choose suitable Anime streaming software.

We’ve put in the effort, and here’s our list of the top ten anime applications created specifically for anime fans. Keep in mind that the items on the list are not in any specific order.

We have compiled a list of the Best Anime apps for Android. Let’s have a look at the list given below. 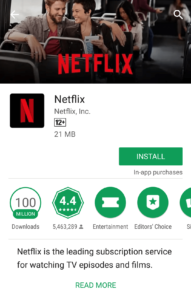 Netflix is the most widely used streaming service on the planet. But did you know that you can also use this to watch anime? We encourage signing up for a free month trial of Netflix if you haven’t already.

Netflix offers 30 days of unrestricted viewing, as well as some excellent original programming. The nicest feature about this software is that it works on a variety of devices, including Smart TVs, PlayStations, Xboxes, Chromecast, Apple TV, Blu-ray players, and more. It is one of the Best Anime apps for Android.

Alternatively, if you don’t want to watch, you can read Manga using Manga Rock, a terrific software. This program had a lot of bugs before, but they’ve all been fixed now. They’ve also included some amazing features like downloading and viewing without an internet connection, as well as cross-platform compatibility.

It is, without a doubt, the go-to app for all manga reading needs. This software is available for download from the Google Play store. 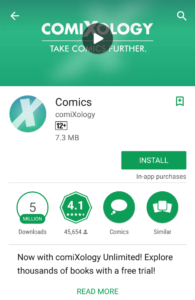 The name alone transports us back to our childhood days of reading Marvel and DC comics. This software includes all of those comics, as well as Manga.

With this great app, you can buy Manga and stream it across all of your devices. This software may be easily downloaded from the Google Play Store. 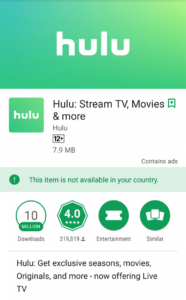 If you’re familiar with Netflix, you’ve probably heard of Hulu. Hulu, like Netflix, has an incredible amount of on-demand entertainment at the user’s fingertips. For Gundam enthusiasts, Hulu is one of the greatest options. There are also anime possibilities in this.

If the user does not want to watch anime, the app offers a variety of other shows to watch. 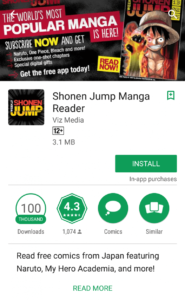 This is one of the best anime applications available. Shonen Jump manga reader, formerly Viz media, is a well-known provider of new anime and manga. If you’re a fan of Naruto, these guys developed a special software just for you. It is the only place where you can read Weekly Shonen Jump in English.

Weekly Shonen Jump is widely regarded as the most popular manga magazine in the world! Unlike other apps, this one lets you watch popular shows like Naruto, Dragon Ball, Tokyo Ghoul Jack, and others for free.

The user interface of this app makes it simple for readers to jump and go to desired chapters. Overall, this is a good app for Manga fans. 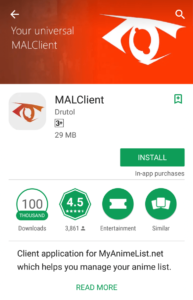 Do you use MyAnimeList.net to watch anime on your computer? If you answered yes, then this is their Android app. This site is well-known among anime enthusiasts since it includes amazing anime materials. This software has a lot of cool features. This software allows you to browse through your anime collection.

You can also explore other people’s lists if you’re stuck or don’t know what to watch next. If you’re not sure whether or not to watch a certain anime, you may browse anime reviews to see if it’s worth your time. You may also look for your favorite anime characters, as well as your previous watch history. It is amongst the Best Anime apps for Android. 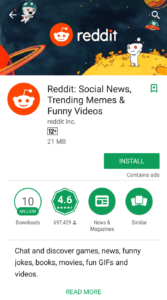 Is it necessary to mention this? There are so many Redditors who run Anime-related subreddits that you will undoubtedly make a lot of anime pals.

If you’re just getting started with anime, these subreddits are usually a great place to go for recommendations. Reddit is another excellent online site. Are you a Reddit user? 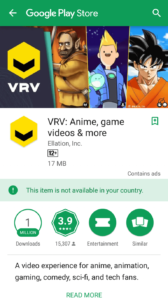 We recommend installing VRV because it is a single software that allows you to watch from all of these sites. Why pay for a separate Anime subscription when you can have everything under one roof with VRV?

It’s free, but you can pay a modest price to get rid of the ads. The premium edition not only removes advertisements but also allows you to download and stream content offline. 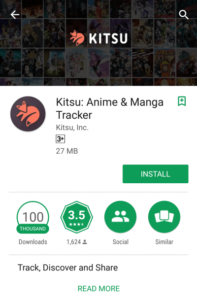 This lovely little software allows you to keep track of your favorite anime and watch it online. Not only that, but it also allows you to socialize with other anime enthusiasts. Kitsu is a manga and anime version of Facebook. On this list of the greatest anime apps, it is undeniably present.

This software allows you to find hundreds of new anime and manga titles and share your favorites with friends. It’s one of the most popular anime apps for downloading and watching anime online.

Last but not least, how could someone be unaware of this? Youtube is the most popular video-streaming website on the internet. In addition, several YouTubers create Manga and Anime-related content.

You may also watch some vintage anime videos on YouTube and keep up with the latest Anime news. It’s for this reason that it’s on our list of the top anime apps.

That concludes our list of the Best Anime apps for Android. The apps’ download links are provided in the post. So, which of these apps did you find to be most useful? Were any of these apps previously installed on your phone? Keep sending us your suggestions and feedback. Goodbye!